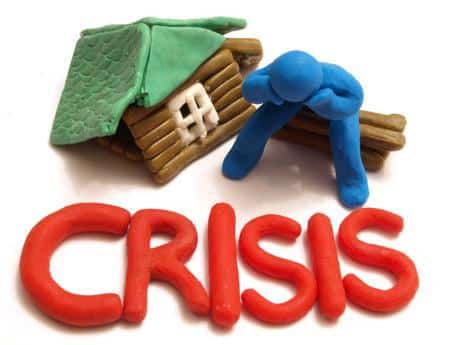 Years ago, the first time my property value was raised, I wrote to the assessor about it. The reply I received was essentially a “canned answer.” I pressed and asked the assessor how my house could have gone up in value when, although kept in good repair, no real improvements had been made to it in years. My purchase price for the house, before their “re-valuation,” was already almost five times what it sold for in the 70s. I know the inflation arguments, fair market value arguments, and all of that, but I still have a hard time understanding how something made of materials with a limited lifespan, like a house, can go up in value as it is used. The normal trend is for items to go down in value as they are used, like cars.

I recently received another property re-valuation from the Whatcom County Assessor’s Office. This one increased the value of my home by a whopping $46,000 over just one year! The assessor’s office gave me a ballpark figure of my tax increase using the 2018 taxes, but cautioned me that the 2019 tax rate may go up or down. Of course, we all know that taxes almost never go down. This year I will pay an additional $613 dollars on top of my current taxes. Aside from installing a cedar fence that cost a few thousand dollars, no real improvements have been made to the property. So how did a $4,000 fence turn into a $46,000 property value increase? I asked some economists to explain it to me but found no real answers, since they did it with voodoo economics.

The main part of this voodoo argument is based on a made-up concept called “fair market value.” Instead of valuing the house on something reasonable like how old it is, the condition it’s in, etc. you simply look at the values that nearby homes have sold for. Even if they are falling down, their fair market value may be high. I’ve heard several reports of houses being bought, sight unseen. This craziness may lead your new neighbor to pay much more for a home or rental than they should, which allows the assessor to value your home higher. This is a fake argument and an insane way to determine value. What they’re literally saying is, “If your neighbor has no sense of how to negotiate a fair price for a house, or is desperate and doesn’t have time to negotiate for a house since they need one for their new family right now, and/or simply has so much money that they don’t care how much the house costs, then, according to idea of fair market value, the house is simply worth more.” That’s it: magical words are spoken, and your home value goes up even though no physical improvements were made to it. When I brought this up two years ago at a Young Democrats Candidate Endorsement Meeting, several council members were quick to remind me that we don’t pay the highest property taxes in the country. One reason being that we are taxed other ways, like our regressive 8.7 percent sales tax and other special levies.

So who is this good for? You would think that making housing unaffordable for most people, would be a bad thing, and for most of us it is. However, there are two groups this works out very well for. One group is retired individuals who sell their houses here and move to cheaper markets. The other group is landlords and investors, the top 10 percent. You see, if a poor or working-class family has to sell their home because they can’t afford the taxes on it, or they lose their job, or have medical debt, an investor can swoop in, pick it up, and flip or rent it using the artificially inflated value I just described. The high price of the house and the taxes associated with it, are just expenses landlords pass on to hard working families who now need to rent.

I should also note the one good argument I heard for higher housing values: the possibility of selling your home for more than it appraised. This approach will only work until the bubble bursts, and if I can sell before the four new homes under construction in my neighborhood are completed. Also, I’d have to move far away from Bellingham to be able to purchase an equivalent home for what I can sell mine for. So is the goal of our government to force successful, hard-working, small-business owners out of Bellingham by overcharging them for their necessities? It sure feels that way sometimes. It should be noted that as single-family homes are turned into rentals, the same homes that previously held two adults and two children are now housing eight individuals, which has happened to one home on my street. So, while property taxes are a percentage of the taxes needed in a given area, there will be more people squeezed into the same area who are paying sales tax. In short, your government will be bringing in more tax money from the same number of homes. It should also be noted that high housing prices increase homelessness. Right now nearly 11% of homes in the US are empty meaning that empty homes outnumber the homeless population. So the problem is NOT a shortage of housing, or land, but in how we have turned the necessity of housing into a commodity. Again, how can your house be going up in value when 1 in 10 houses are empty?

But it’s not like they’re using the added tax money to take care of our teachers, health care professionals, police, or other emergency service providers. Overpriced housing is a nationwide problem but it’s especially difficult for people who work here making the town function, but can’t afford to buy a house here. Except for the upper echelons, most of these individuals make very little. It’s time to stop taking the dignity out of work by punishing workers through their necessities. I’d like to remind everyone that presently 42 percent of your neighbors live at, or below, the poverty level. Some of them have the skills to refurbish and flip houses, but could NOT get approved for a loan high enough to buy a property here to work on. So the old adage, “No one is stopping the poor from pulling themselves up by their bootstraps,” does not apply. Hard workers are blocked from moving up by the economic structure.

These rights of hardworking people to raise their families in single-family homes are eroded through a gradual process that largely goes unnoticed because voodoo economics can be used to explain it all away. So the next time a council member tells you how much they care about ethics, ask them how that can be true when they continue to apply pressure to the necessity of housing? When they take the dignity out of work by forcing hardworking people to scrimp on food, medicine, clothing, etc. to pay their mortgages, rent, and property taxes. Like most issues, the housing issue effects our minority communities more than others. You can’t say you care about ethics, and at the same time continue to tolerate high home prices and taxes on necessities. You are stealing from people via their necessities. Tax non-necessities more aggressively, and leave necessities alone.

Let’s say you earn less than $30,000 a year. Perhaps you work two jobs and already are paying too much for housing. Walk into a bank, tell them your situation, and then tell them that you also want to take out a loan on a property that costs as much, or more, than the one you’re already in. You will be denied. This is called an inability to class jump, even if you’re willing to do the work.

I am appealing the assessor’s decision and will post articles as I go through the process. We need to stop punishing workers by allowing the government to steal money for essentials from them though involuntary property tax increases. Sure, some options do exist for senior citizens, disabled individuals, and the Open Space Act (RCW 84.33) to have some of the land values temporarily frozen, but the taxes were already too high before this revaluation, and as soon as a property doesn’t meet any of these criteria, it will be revalued at these new inflated rates.
To request your own Housing Valuation Appeal form, contact your assessor. You have 30 days from the time you receive your notification of revaluation to fill out and send in your appeal form. I encourage all of you to do this. You will find that the assessor’s argument is entirely based on the voodoo economics concept of “fair market value” described above, but at least the “re-valuation” will receive a hearing by the Board of Equalization.