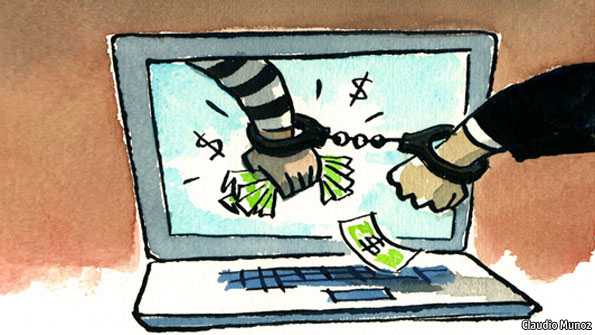 I don’t want to always paint the picture that nothing good is going on with public broadband. I am happy to report that both the Port and PUD have teamed up and are pursuing the issue. In the meantime, the City of Bellingham is hell bent on being as backward about the issue as possible. They have even created a fable about pretend meetings that never took place with Mount Vernon as I’ll explain below. So we have yet another installment in the saga of protecting the big telecoms, embarked upon by the upper echelon of our city government.

For years we have been passing relevant information to the COB and have been being ignored. For example, we have passed them information on the actual cost of conduit installs per city across the country. The results of that action were mostly covered in this petition update. It is important to note that while the city does not like to take on infrastructure they might have to maintain, that fiber is a durable, space aged material. In fact, it’s lack of maintenance when compared with other materials is one of the main reasons to use it. In short, there is not real risk to the city. Just a perceived one that has little merit.

In August of this year, after yet another public records request to get basic information, we received the following inappropriate Draft of a Dig Once Policy from COB Public Works Assistant Director Eric Johnston. I was told that this draft was based mostly on cities in Kansas’ Dig Once policies. It should be noted that these cities are nothing like Bellingham. This document was also made without taking any input from Mount Vernon IS Department (aka the people that actually run and designed the public network in Mount Vernon) or any other local, successful, projects or experts. Instead, they contacted the public works department in Mount Vernon (aka the people who install conduit, but have nothing to do with the design or operation of the network) and started telling the mayor, council, and everyone else that they have talked to Mount Vernon. They, of course, forget to mention they they never spoke to the people they actually need to talk to in Mount Vernon or anywhere else before making the document. They also failed to mention that many of the Kansas documents were very outdated.

Still, they said they wanted community input, and we provided them with a much more reasonable Dig Once Policy based on more than a dozen other successful projects and mountains of other relevant, up-to-date, documentation. We crossed our fingers and hoped they would be reasonable and at least make a hybrid of the documents or use some of the information. After all, their definition of a high speed connection is so slow it’s virtually worthless and at best reflects a 1990s standard for broadband connectivity.

About 3 days ago my assumptions that this fable had been told to the council, mayor, and the public were confirmed. I was also informed that none of the information provided from other successful projects was even considered. They still have NOT met with the Mount Vernon IS department and the city’s odd document on Dig Once has NOT been worked on since the end of July of 2018. This document has several problems. I will point out the two most serious, but encourage you to read the entire “document” if the COB “Dig Once” Draft can even be considered one.

1. The document is littered with references to allowing only private entities to use the conduit and fiber. Ex. On p.1, “Facilitate and make available public rights of way and infrastructure for private providers to expand broadband services to their customers.” There are no references to allowing CO-OPs, Non-Profits, or other entities that will give us real competition, and/or provide real low-income connections to the community the time of day or any access.

We suggested that the document be changed to simply say that, “any licensed entity can lease the fiber at the same rate as other entities.” We suggested many times that the COB use the Open Access model like Mount Vernon does.

2. There are no controls in the document to keep any one entity from simply leasing all of the space in the conduit or all of the public fiber. This means that an entity like Comcast or CenturyLink can simply lease all of the resources to eliminate competition. We suggested that a cap be set based on the number of providers looking to lease resources and adjusted as providers join. For example, if it’s 9 or 10 providers, like Mount Vernon has, then it’s no more than 10% per provider. This keeps any one entity from simply leasing the resources and sitting on them in an anti-competitive way.

If the policy is passed the way that it is, it will destroy the City’s chance of creating real competition and providing real benefit to our community. It will result in one provider, probably Cocmast, purchasing everything with the hopes of NOT using it so as to maintain their virtual monopoly. Sadly, it will also mean that the city will miss out on working with the Port and PUD to provide better connectivity to its citizens.

We don’t expect any one document to result in a real Dig Once Policy. Every city is unique in its needs. That’s why we need to form a technology committee and really hammer one out. That’s why we were hoping to have an adult dialogue with our officials instead of play games. Still, it’s obvious that Public Works is intentionally not taking this seriously.

Here is a copy of the Community Proposed Dig Once Policy the community provided to the city.

So here’s what you can do.

1. Contact the council and the mayor. Demand that a proper technology committee of local professionals, not connected to the existing telecoms, be setup and that the document they produce be adopted by the city. Tell them to stop missing opportunities to install conduit. It’s not expensive, and digging up a road over and over again to install this inevitable resource is crazy. Ex. They installed no public use communications conduit when they did multi-million dollar water main repairs this summer.

2. Demand an investigation of the Public Works Department. This obfuscation has been going on for years, and it needs to stop. We’re still having trouble getting even the most basic information from them. We are NOT alone in this.I have heard from many citizens working on many issues that this is the norm when they deal with the city, especially public works.

3. Support a mayoral candidate other than one currently on the council. They’ve had their chance to listen, and don’t.

4. Demand access to the existing network. We know it’s way more useful than they’re saying and have shown it many times.

5. Demand that all discussions of these issues be held formally and publicly, starting with a proper, formal meeting of the Mount Vernon IS department with the City Council. It’s 3 years overdue. What are they afraid of? That they’ll learn something new? (I should note that about 2 years ago Michael Lilliquist and Pinky Vargas did informally meet with them. Pinky came of the meeting saying that fiber was inevitable at the next council meeting, again April Barker blocked progress on Dig Once in the same meeting).

The saddest thing about all of this is that we have a lot of local experts that can provide us with real competition and better services who are willing to do all of the hard work for the city, at no expense to them. I think our government’s resistance to getting the whole story on this issue shows clearly that the people have NO control over, or say in, our current government.