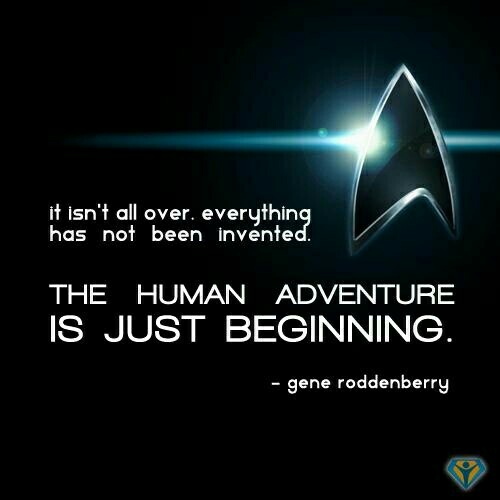 Have you ever considered what tremendous potential we have as humans if we were to think about the world in larger terms and with more open minds? This is not a pipe dream. We have made more advances in the last 100 years than the last thousand, and in the last 10 than the 100 before that. Still, not all these advancements have been beneficial. We have often used our knowledge to create better weapons instead of better conditions for people. In fact, we’ve given those better weapons to some of the worst people you can imagine to use as they saw fit. Yes, we have created much better ways to heal people too, but we have often created better medicines in response to our new destructive capabilities, or now just to entrap an unfortunate population in a lifelong financial prison, which is understandably still preferable to dying.

These examples show both a lack of maturity and a lack of understanding that we live in a community with other people and that most of us are not as
different from each other as some would like to think. It also shows a lack of responsibility to each other that would define us as the truly advanced animals that many think we are. Some of us even believe that we’re divine, even as we allow 80% of the world’s population to live unnecessarily in poverty.

It is obscene, and these problems must be solved if we are to move forward, or at this point possibly survive as a species. I should also note at this point that although I will generally focus on local issues, this article has a much wider scope.

Yet there is much cause for hope. We are on the cusp of many new discoveries largely because there are women and men out there working hard, everyday, to try to do what is right for unselfish reasons. Assisted by new technology, they are making discoveries more rapidly than ever before.

There are many questions we must ask ourselves now, and answer them while stepping back from the bias of our own selfishness. They are questions like, are we smart enough to share these new discoveries in a transparent manner, modeled off of the revolutionary concepts of the Open Source Community, so that everyone can benefit from them and help to rapidly improve on these new discoveries or will we keep them for an elite few to assist them in furthering their control of others?

Are we mature enough to conduct research in this manner for higher ideals than just profit, and realize that the profit motive is just part of a deeply flawed concept that only existed for a brief period in human history, like the “Market Society,” and then was discarded as an old relic of a less civilized time? Truly, any pure system is doomed to look better on paper than in practice. So, are we ready to admit that the belief in a pure form of capitalism is as deeply flawed as a belief in a god of fire was before we understood chemical reactions?

I don’t know, but I believe we can. We need to start by reassessing our priorities, and then we need to make sure that whatever discoveries are made, especially beneficial ones, they are shared with everyone. If we can make these commitments, then it’s true that our possibilities are endless and “the human adventure is just beginning.”

Looking at the many large problems we have just in our community, much less the nation and the world as a whole, a few things are obvious. The old systems do not work and they will continue to not work especially if we leave our fate in the hands of most of our current leaders. Our current leaders are so disconnected that they literally can’t see what the problems are. It’s almost like they literally live on a different planet than everyone else does, because in a sense, they do! Where is my proof for this you say? It’s all around you.

It is a ludicrous system that produces the same level of income inequality that was present during the Gilded Age, acknowledges it, and makes no adjustment. It is in paying so much attention to procedures that in the middle of winter, we won’t allow the homeless access to a 52,000 square foot, publicly-owned building that is ¼ mile from a homeless camp site. Michael McAuley confirmed that the building exists just the other day. Of course, the port has to go through some procedure to allow the homeless to use it while people are freezing, possibly to death, on our streets. In fact, most predict that they will come up with some excuse to deny usage of the building by the public that owns it.

It is in a set of policies that ignore the obvious damage we’re doing to the Earth, while deep down everyone is fully aware that no matter what their day-to-day jobs involve, we all need a healthy planet to survive as a species. Even if you’re into overcharging people for necessities to make a living, you have to admit that not having any people around to sell them to would make your chance of turning a profit a lot lower. This is not a lofty claim. It still costs more than your own weight in gold to send you into space, and then where would you live? It’s not like we’re ready to build space colonies for the masses yet, or anytime soon, but that’s coming too. I hope this helps highlight what we really mean when we say, “There is no Planet B.” Yes, “smart people” may think of something, but we have to at least try to give them the time they need to do it by slowing down our outright assault on our collective home, the Earth.

It is in an out of control government where the distinction between parties has largely collapsed and congealed into one giant party known as the Super Pro Business Party who considers all of the things people receive as benevolent gifts of a higher corporate power run by the best minds in the country. That is until it all collapses and we end up back at my original point of how the old systems do not work. Just ask your neighbors in California who just lost their homes, or sadly more, to yet another out of control fire partially caused by that “Global-Warming Hoax created by the Chinese” as our president refers to it, if they think our current way of life is sustainable.

Yet, have no fear, as I said this is a hopeful, uplifting article. Human-kind is on the cusp of a very bright future, if we can just get past this last hump of ignorance, extremism and fear that some in power are pushing. So I urge you to hold on and fight for what is right because you are literally being robbed of a great adventure if you do not.

We spend 60% of our tax dollars on weapons war in some way shape or form. Much of it on R&D. The level of resources that goes into war research is
unprecedented in human history. So I want you to think of this, just for a minute. What if we took all of those resources and focused on just a few purely
benevolent, scientific endeavors instead. There are many possibilities, but I will only discuss three here. Immortality, Virtual Reality and Solving Our
Social Issues with new technology.

What if we stopped spending money on warfare and focused on learning more about Telomeres. What is a telomere, you ask? It is the cap at the end of a DNA strand that protects your chromosomes. As they are used they degrade, and eventually can no longer protect your chromosomes causing all kinds of problems, they also affect how you age. For more on telomeres click here. So what if we focused on research into how to prevent them from degrading or repair damaged chromosomes. Of course very talented people are already looking into this, but what if we did this with as much zeal as we currently provide to the pursuit of war? In the book “Immortality” by Ben Bova, the author discusses how doubling the human life span is really not that far off, in fact, we could even be looking at immortality in the near future. Imagine what you could do with that, if we made it available to everyone. Wasting our resources on nonconstructive pursuits that only benefit the very few is literally robbing the species of a bright future with long enough lifespans to master many skills and even enjoy yourself for long periods of time as well. Of course you also have to imagine what would happen if we only made this technology available to the wealthy. Imagine immortal Koch brothers, then again maybe we’d also get an immortal Seth MacFarlane.

Let’s move on to another exciting form of technology. Some see technology as dehumanizing, and in its current form it can be, but just wait until we all have enough cheap bandwidth to do Virtual Reality just about wherever we are. I don’t just mean visually, but with full haptics as well. Humans will be able to safely interact in ways we haven’t even dreamed of yet, leading to new, more compassionate societies, understanding, and a broader perspective which we can take forward into space.

Technology can help us to save our environment while at the same time increasing our crop yields and resistance to parasites. In fact, we can easily provide food, clean water, and housing to everyone by collecting more data, and using our resources more effectively with the help of Artifical Intelligence.

It doesn’t have to be like Skynet in the Terminator movies. In fact, Skynet can be highlighted as the failing of relying on closed source, proprietary computing platforms, like many of us do today. If Richard Stallman and the other Linux superstars were working with an OpenSource version of Skynet they would have found the problems and fixed them long before the first T-800 was operational. With an transparent OpenSource model for both new technologies and governments and old systems, especially economic systems and class systems, will simply become obsolete as the resources to not only survive, but live healthy, comfortable lives, simply become overly abundant. For example, robots mining asteroids will make rare metals abundant, and inexpensive. It will also stop us from having to destroy our planet in the pursuit of them.

So what’s holding us back? Why aren’t we doing this already? In a sense we are, but we could be doing a lot more. What’s holding us back is fear disseminated by those who profit from the current system at everyone else’s expense. The fear of using a modern, more equitable system scares the top 1% since it means they will lose control, but for the rest of us, why not try something new? Let’s say no to war, more to science and the arts, and a brighter course for humankind. What do we have to lose? It’s obvious that the old system doesn’t work for most of us. Hell, the new one might help you live long enough to brew your own beer in New Tel-Jerusaleum-Aviv-Attle in the international space city on the moon. At this point, what do you have to lose? It’s not like we can keep going down the same road we’ve been going down for much longer.