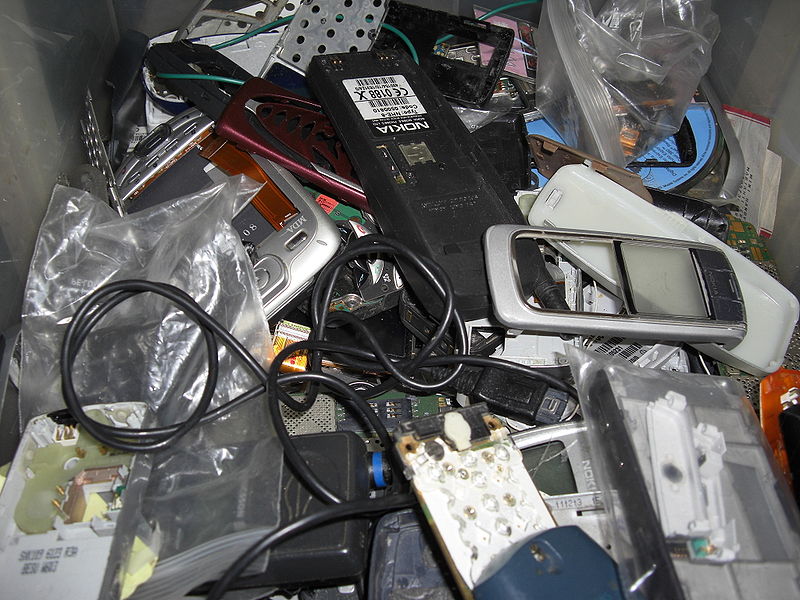 A lot of the questions surrounding wireless, especially with the roll out of 5G, have to do with legitimate health concerns surrounding a virtually untested technology from a health standpoint. While those concerns should be investigated further, this article is about one specific point about technology that is often overlooked. A point that our global high-tech culture has largely refused to hold the tech industry accountable for. The amount of power unnecessarily used by the industry in the first place. Not only is wireless less reliable but it is also much less efficient at moving data than wired connections, especially fiber-optic connections.

Now, there are a lot of scenarios to consider when using wireless vs. wired technology. Even if wireless claims to have the same speed as a wired connection those claims are always overblown. Why, because wireless is fundamentally different than wired technology. First, wireless has to be backed up by fiber to come close to being good. The next deficiency comes in how wireless is a shared bandwidth technology, meaning that no matter how fast they tell you your connection is, you will be sharing it with everyone else that is connected as well. Wireless also has trouble with packets being dropped and re-transmitted all of the time. This problem only gets worse as you go up in the frequency spectrum and the waves get smaller. Millimeter waves are more easily blocked, absorbed by and bounced off of just about everything you can think of, including trees, rain, buildings, and more. You are also often in motion while trying to use this technology. This means that your data very often never makes it to its location and has to be re-transmitted. The amount of times that occurs can be added to whatever power quotes I give for wireless below as wired networks don’t experience these kinds of problems nearly as often.

Also, there are many kinds of wireless technologies. We are going to exclude Bluetooth from our discussions since it’s a short-range application designed largely for convenience. Instead, we are going to focus on Wi-Fi and Cellular Wireless technologies like 5G, since most of us have lower-powered wi-fi routers in our homes and businesses hooked up to wired connections and most of us have 4G cell phones. By the end of this article it should become clear that with solutions like Wi-Fi calling (aka internet calling) the need for 5G small cells is not only unnecessary but a bad solution for most places since it has– among other problematic issues– excessively high power consumption.

To send a small packet of data over the highest quality fiber, the energy cost is only 0.3 W/GB/s (Watts/Gigabit/Second). Since the network is made up of a mixture of aging tech, we’ll accept the average of 3 W/GB/s as outlined here. So about 1.2 mW per second per packet. By way of comparison a 60Watt equivalent LED light bulb uses about 10 Watts. Keep in mind that as we upgrade our network to publicly owned fiber-optic networks based on the newest fiber technology, that the cost per transmission will get closer to the 0.3 W/GB/s standard of the newest cabling. Someday it will be even lower. In fact, new technology is already being developed to drive it down to 0.1 W/GB/s.

Wi-Fi, in comparison uses about 300 mW to send the same amount of data. So 250 times more power than via fiber. However, we’re just talking about how much power is consumed when data is actually being sent. There is passive power (aka maintenance power) and active power to consider as well. Passive power, for example, is the power used just to keep the lights on and the equipment ready. Fiber, when compared to wireless, requires very little passive power. Wireless, on the other hand, uses anywhere from 2 to 20 watts (with an average of 6 watts) just to stay on and “pick its nose.” Still, the less often it’s on the better, as power consumption goes up even more after only 15 seconds of being on. So if the routers are hooked up to fiber, and doing their work as efficiently as possible, than they don’t have to be in a high power consumption mode for as long.

However, both of these technologies are much more efficient than cellular wireless technologies, especially small cells, which use 10 to 100 mW per femtocell. You may say, great that’s about what a Wi-Fi router uses, but femtocells can’t do the work of a typical router. So small cell arrays often have many femtocells in them. For example, a femtocell can only support about 4 to 6 users at a time, while the Wi-Fi router you grabbed at Costco can support 200 users. So you need 50 femtocells to equal one Wi-Fi router. So now you’re running 50 mW at rest to 500 mW just to do the same job as one Wi-Fi router that runs at a safer frequency range and can be turned off when you want to turn it off. You can see that in a dense metro area you would need 250 femtocells to support 1,000 users and the numbers only continue to get worse as the population density goes up. So by going from fiber to Wi-Fi you increase your power consumption by 250 times, then to go from Wi-Fi to an outdoor small cell you may have to add up to 12,500 times on top of that depending on your distance, weather conditions and more. Sure, the industry will say that the small devices you have in your home to pickup 5G signals only use 1 watt, but they can’t work without the other equipment outside to back them up so this is a false argument. Also, while they will also say that modern 5G equipment is being designed to be more efficient, they will also fail to mention that all of their efficiency gains will be worthless because they’re putting in at least 800,000 small cells by 2025. It should be noted that there are already about 21,813 3G/4G LTE towers in the US. Covering about 98% of users. Since the waves from these towers are larger, and more reliable, and therefore better for emergency services one would wonder why anyone needs 5G, even from a practical standpoint. In fact, the system designed for First Responders, FirstNet, runs way below the 3, 4 or 5G ranges at a reserved 700 MHz.

The overall power consumption numbers are staggering. The 2012 power consumption from wireless and the IoT was 10 Terra-Watt Hours, but in 2015 it was 43 Terra-Watt hours. It is reasonable to assume that it will be at least 60 Terra-Watt hours by 2020. Now, granted not all of these devices are asking for power at the same time, but if they did they would literally overwhelm our power grid. A modern nuclear power plant may produce up to 1 Gigawatt, although most produce a bit below this rate. That means you would need 60,000 1 Gigawatt nuclear power plants to support Wireless Tech and the IoT if all of the devices needed power at once. Since the nationwide capacity for power was only about 4,000 Terra-Watt Hours in 2018 we have a big problem. Also, most of this energy is NOT provided by renewable sources. So the use of it increases global warming, the amount of unsecured nuclear (aka dirty bomb) material, and the likely hood of brownouts and blackouts. All of these issues are considered huge security threats by the Pentagon. So can’t we say that 5G is more of a national security threat than it is a help? Shouldn’t the government recognize it as such?

However, as covered in books like “The 5G Myth” we could bypass 5G by using our existing technology for internet calling and much more. In fact, the IoT doesn’t really need 5G for most applications. Urban areas already have lots of wired connections hooked up to lots of routers. If we had a functioning FCC we could establish a Port exclusively for Internet calling to offer Internet calling to anyone and keep your data safe at the same time essentially giving us much better coverage without the need for a giant small cell rollout. Of course, this would take load off of the cellular network, and more 4G LTE and lower bandwidth would be available for use. There is also a lot we can do to free up more spectrum, but that is a giant topic in itself and best saved for another article. This would make your calling free and lower the cost of, if not eliminate, your need for a cell phone. Remember, 5G waves aren’t the good part of the spectrum, as I mentioned above, that’s why you need to amplify them so often with small cells. Actual emergency services, like FirstNet, use a much lower frequency band of 700 MHz since these waves cover areas better with much less amplification. So 5G also has nothing to do with safety.

Keep in mind that for every watt consumed to transmit your data another watt is needed for cooling.

Also, by hooking up every American to fiber we would allow for the use of lower-impact computers like thin clients. Pair those thin clients with Linux and we can stop planned obsolescence. How do I know? Aside from over 25 years as an IT Professional and my degree, I will provide a personal account that highlights my point. I have a 9-year-old Apple downstairs that is virtually worthless except for some Audio software on it. Why? Because Apple refuses to allow it to receive more software updates. There is literally no hardware reason for this, although my Apple did receive 2 moderately serious hardware repairs in its time. So much for their reliability. This computer I am writing to you on right now is an almost 12-year-old Dell. The person that gave it to me declared it a “piece of shit” after only 5 years of use. It’s problem? It had Windows on it. I erased it and put Linux on it and I’m going to get at least an extra 7 years out of it. My point, we can, and need to, get more life out of our existing hardware. The big telecom companies force us into unnecessary upgrades all of the time, but we can choose not to use their products. Sadly, right now the average lifespan for a smart-phone in the US is about 21 months. Why? It’s not the hardware on the phone, it’s that companies are forcing bloatware onto your phone and making the batteries hard for users to replace. Both of these problems are easily solved with different hardware, less bloatware, and regulation of the manufacturers.